You come up against him everywhere: the laughing man with the bald head and thick bare belly, which one often '' the laughing Buddha '' or dikbuik Buddha. '' The Smiling Buddha ' is a nickname of the Chinese Zen master Poe-Tai Ho-shang, who lived sometime between the 6th and the 10th century and '' the Buddha had found themselves in ''. Carefree and perfectly happy he wandered by China, often surrounded by children. After his death he was revered as chinese folk hero and geluksgod. In the latter function he roams around still, the half world, as tangible effigy of the carefree bliss that every part like that his own true nature, '' Buddha, '' has found itself in. his long earlobes indicate an aristocratic descent. the attributes that he carries are different and symbolically, these are o. a: * Mala (necklace Beads): Buddhist prayer beads. * Mantle: Protection. * Goldbar and coins: symbol of financial happiness. * A bag: symbol of search and travel (search for yourself) * Peach: symbol of connectedness. * Children: symbol of fertility (that may have been in a relationship or job search) * Skepter: symbol of abundance. * Yoke on the Shoulder: symbol of balance * Pearl: symbol of beauty and health. * With bird: symbol of self-knowledge. * Range: Protection. * Levenstaf: Trust, balance and support. * Jug (JUG): Elixir (long life) It is believed that the more happiness brings if you occasionally about the Buddha Belly rubs. We sell various figurines of this chinese dikbuik Buddha in different sizes and/or colors. 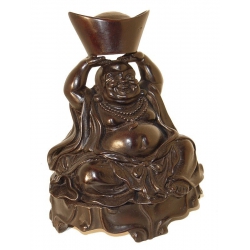 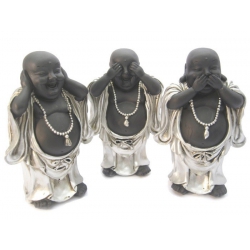 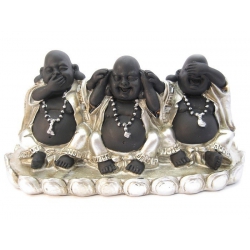 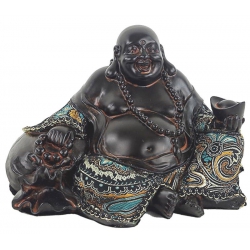 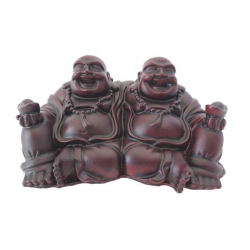 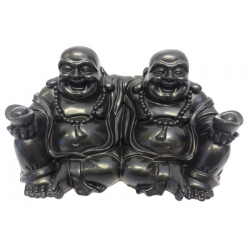 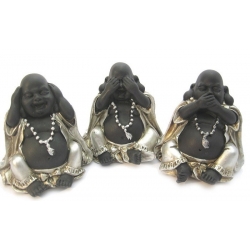